Afghanistan’s leader of Hezb-e Islami party Gulbuddin Hekmatyar praised Pakistan’s role in the ongoing peace process in Afghanistan.
“Pakistan is a very important country and Islamabad could play a key role in bringing peace in Afghanistan and now they are doing it,” Hekmatyar told Anadolu Agency in the resort town of Bhurban near the capital Islamabad.

He arrived in Pakistan along with 57 other Afghan leaders to attend a peace conference on Saturday.
“I praised Pakistan’s sincere efforts and I am sure they will continue its help to bring peace in our country,” the two-time prime minister said.

The Americans are also praising Pakistan’s role in bringing Taliban on the negotiating table, he said.
“We welcome every country and individual who is taking any step for peace in Afghanistan. War always ends with peace and now war in our country will also end with peace,” Hekmatyar said.

He demanded the withdrawal of foreign troops from Afghanistan and reiterated the need to allow the Afghan people decide their future.
Hekmatyar asked the Afghan political and religious leaders to brainstorm for a system to ensure free, fair and transparent elections in the country.
“The government should not interfere in conflict of others. They should not use one group against another,” he concluded. 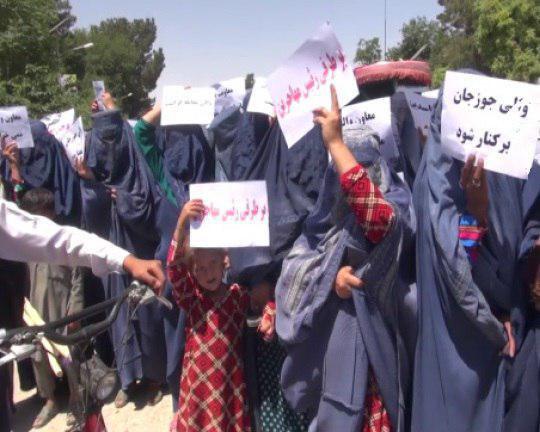 Protests in Jawzjan have links with ISIL – says provincial governor