The Islamic revolution of Iran changed into an influential stream at the regional and world level as it turned 40. Now, after centuries of silence in the Muslim world, it is a model for.

The Islamic revolution of Iran is considered as one of the most controversial political phenomena in the contemporary world due to being Islamic, solid on beliefs, faith and most importantly, the entry of religious scholars into the direct field of politics and society. Therefore, it has allocated the headlines of all international media outlets since its establishment.
I have entered the National-Islamic independence struggles from the early years of my adolescence, thanks to jihad and special interest of professor Shahid Burhanuddin Rabbani, I enjoyed the privilege of studying in the Islamic Republic of Iran on the high standard of science and knowledge.

Now, I want to academically review these political, religious, and social phenomena at the presence of professors, students, media family and press at DID press agency.
Before defining the revolution and how it is formed, we need to have a concise definition of the coup, movement, and social streams.
Coup: an overthrowing action to change or remove a regime, person or cabinet of a dominant political system which is carried out by the military, political, and or media pressures and measures. In the event of a coup victory that leads to a regime change and political ruler of the country, the rest of the social institutions and community values will remain in place.

Social movements: an organized movement formed at a specific time for a particular purpose in a community, based on the beliefs of the society. Like the Palestine Liberation Movement, which seeks to rebuild the political geography and seek to mobilize the ideology of the Islamic world to support their Islamic beliefs in the land of Jerusalem, which was the first Qiblah of Muslims.

What is a revolution and how it is formed?
Sociologists believe that social movements form the basis of social changes. Social movements are always considered a threat to ruling systems due to their organization and purposefulness.
If the ruling system addresses the demands of the movement, then, the political system leads to reform. If it ignores the demands of the people and only seeks to allure the movement leaders or threaten the society or other symbolic measures, then, the society will turn to violence and anger, paving the way for a revolution.
Samuel P. Huntington, author of the “political order in changing societies” believes that revolution is the product of developing societies; therefore, revolution does not form in developed countries. Because political systems in developed countries, due to their popularity and efficiency, can balance social demands and political development in the country. But in non-developed countries, protests lead to insurrections and insurrections will lead to movements and then, to revolution and overthrow the ruling system because the political systems cannot balance the social demands with political development.

Huntington argues that democracy would not take place in non-developed societies because their political leaders are non-democratic and their political systems do not have the capacity and ability to meet social demands. So, the political rulers in non-developed communities, in a challenge between tradition and modernity, will resort to wrong traditions of the society to keep their power and interests when they achieve the political power, despite their democratic slogans and beliefs.
Marxists believe that a revolution takes place when the objective and mental conditions are simultaneously being provided.
The objective condition of revolution is the existence of factors such as economic and political crises as well as the escalation of silent majority’s misery in society.
The mental condition of the revolution is the existence of factors such as ideology, belief, the growth of community consciousness and wise leadership in society.
Marxists believe that a revolution will only take place in a society where the objective conditions result in the mobilization of popular masses against the corrupt system through its wise leadership.
Lenin believed that corrupt governments would never leave power if not toppled, even in the worst period of the crisis and the misery of the people and the country.

The factors behind the Islamic Revolution of Iran:
The Iranian revolution is the product of movements’ struggles like: 1- the revolutionary clerics led by a wise and charismatic leader, Imam Khomeini. He could subdue all strata of people with his charismatic spirituality. 2- youths protesting the existent status and followers of Ph.D. Ali Shariati’s views, who seek to combine the spirit of belief and theism with the principles of struggle and anti-imperialism of capitalism. In this way, the young generation was conceived in the fight against the king Reza Shah. 3- the left communists and Tudeh party with an aim to converge with the former Soviet Union. 4- Liberals, like the Freedom Movement, having people like engineer Mehdi Bazargan, who were fighting against the tyranny and absolute dependence of Shah, relying on the civilization of Iran and its oil-based economy and geography. 5- Religious delegations, mosques, merchants, and marketers who constitute the mainstream of Iran’s trade, were considered as the main factors of the revolution besides the revolutionary clerics, based on the traditional spirit of beliefs.

In addition to these factors, two other reasons intensified the revolutionary spirit of the war against Shah
1) An increase in oil prices, because the oil in the Middle East always forms the basis of politics. By creating a strategic plan using oil profits, Shah wanted to strengthen Iran’s economic and military infrastructure, seeking access to nuclear energy as the Bushehr nuclear base is considered a sample of it. The same method is already being applied to Saudi Arabia.
The US political and security officials believed that with the existence of liberals like Bazargan, Qutbzada, Bani Sadr, and Hassan Ayat … along with Imam Khomeini and the lack of knowledge and ability of the clergymen to policy and administration of the country, could easily confiscate the revolution in favor of themselves. As in the first session to determine the revolutionary policy, one of the liberals Hassan Ayat, who was educated in Britain, proposed the Velayat-e faqih with regard to the book “Islamic Government” written by Imam Khomeini.
2) Imam Khomeini and the revolutionary clerics of Iran believed that the Islamic world and the Islamic Ummah were waiting for a shout and a struggle axis against the hostile act of Marxism and liberalism against Islam and demanded the independence of the Islamic world. Therefore, at the beginning of their revolutionary struggles, they sought the support of the Islamic world, because the Islamic movements of the past 100 years could not turn into a political system. The oppressive rulers could easily destroy them by alluring the leaders of the movement and threatening their supporters.
The mentioned factors led to the victory of Iranian revolution on 11 February 1979 (led by Imam Khomeini) and during a national referendum on 1 April, the Iranian political system replaced monarchial system under the name of the Islamic Republic with 98 percent of the vote.
Imam Khomeini, who at the beginning of the revolution was not a supporter of the executive responsibility of the clerics, liberal figures such as Mahdi Bazargan assumed the responsibility of the first interim government. Then, non-cleric faces like Abul Hasan Bani Sadr took office as the Iranian president during the first presidential elections.
The intense competition of political movements and political parties in the early days of victory and the involvement of US security forces from inside the embassy severely questioned the country’s political and security situation. The youth and revolutionary clerics came into action in order to maintain the new establishment, preventing the political and security turmoil and conquered the US embassy in Tehran.

US authorities carried out two practical steps to save the authority and dignity of their global sovereignty to rescue Americans captured by students following Imam Khomeini’s line in Tehran.
First, the 1953 coup (Nojhi), using military forces with liberal tendencies and secular figures. And the second, US military planes stroke Tabas desert and the US commandos stormed the US embassy in Tehran.
The defeat of these two US military actions against the Islamic Revolution made the US authorities to resort to two other measures against the revolution.
One, escalating streets insecurity such as explosions and assassinations in the cities. Two, encouraging the Iraqi President Saddam Hussein to declare war on Iran’s geography.
The presence of revolutionary and young people in the front lines of the war against the aggression of Iraq led to the formation of revolutionary institutions, including the new entity called the Revolutionary Guard Corps under the command of Imam Khomeini.

At this stage, secularist and Marxist political parties and political movements that retreated to defend Saddam Hussein’s aggression were divided into two parts.
One part of them was fleeing to western countries as Iranian President Abul Hassan Bani-Sadr secretly escaped from the country. And another part of them launched armed struggles against the revolution inside the cities and streets in order to make cities unsafe, discouraging the revolutionaries, and force fronts against Saddam’s aggression into military defeat.

But the victories of revolutionary institutions such as the Revolutionary Guards in the battlefield led to the internal consolidation of national morale in the Islamic society of Iran. The armed opposition of the Islamic Revolution, who did not find any place in the cities and fronts for themselves in Iran, turned against their compatriots by obtaining foreign support in Iraq with the help of Saddam Hussain. That’s why they are popularly known as the “hypocrites”.
The Iraq war against Iran lasted eight years, and as a result, the UN prompted Iran to accept peace resolution 598, calling Saddam Hussain as a violator.

The Islamic Revolution, which had reached a high level of authority after the end of the war, turned from the military status to the reconstruction of the country. At this stage, revolutionary forces, using war experiences, played a significant role in the development of the country, with great national achievements and nuclear energy being the obvious examples. Because the authorities of the Islamic Republic of Iran, in the course of eight years of confrontation with the world, realized that the reality of international relations was based on four main principles: 1- succumb 2-threat-3-interaction 4-confrontation, and interaction with the world is possible when a country becomes economically and militarily capable and improved. Therefore, the Iranian authorities, with the certainty of economic power and military deterrence, have strengthened their political organization and signed the Bargam accord to engage with the world.

As US president Donald Trump terminated “Bargam” accord, the Iranians could prove all oppressions and legal trespass carried out against the Iranian nation by enemies and opponents, using their high-level diplomacy capacities, and completely isolate their political rivals.
The Islamic revolution of Iran changed into an influential stream at the regional and world level as it turned 40. Now, after centuries of silence in the Muslim world, it is a model for Islamic fighters in the Middle East and many other parts of the world and has always directed these struggles. 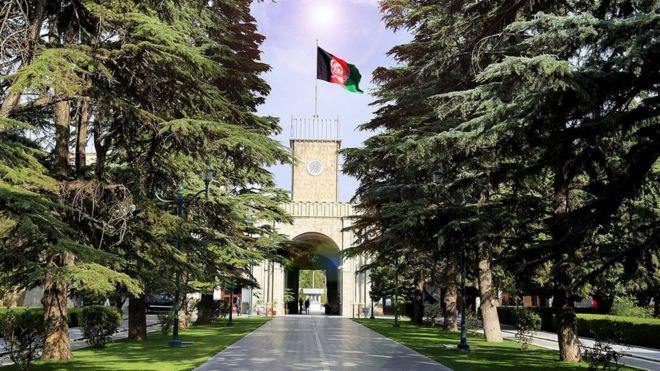 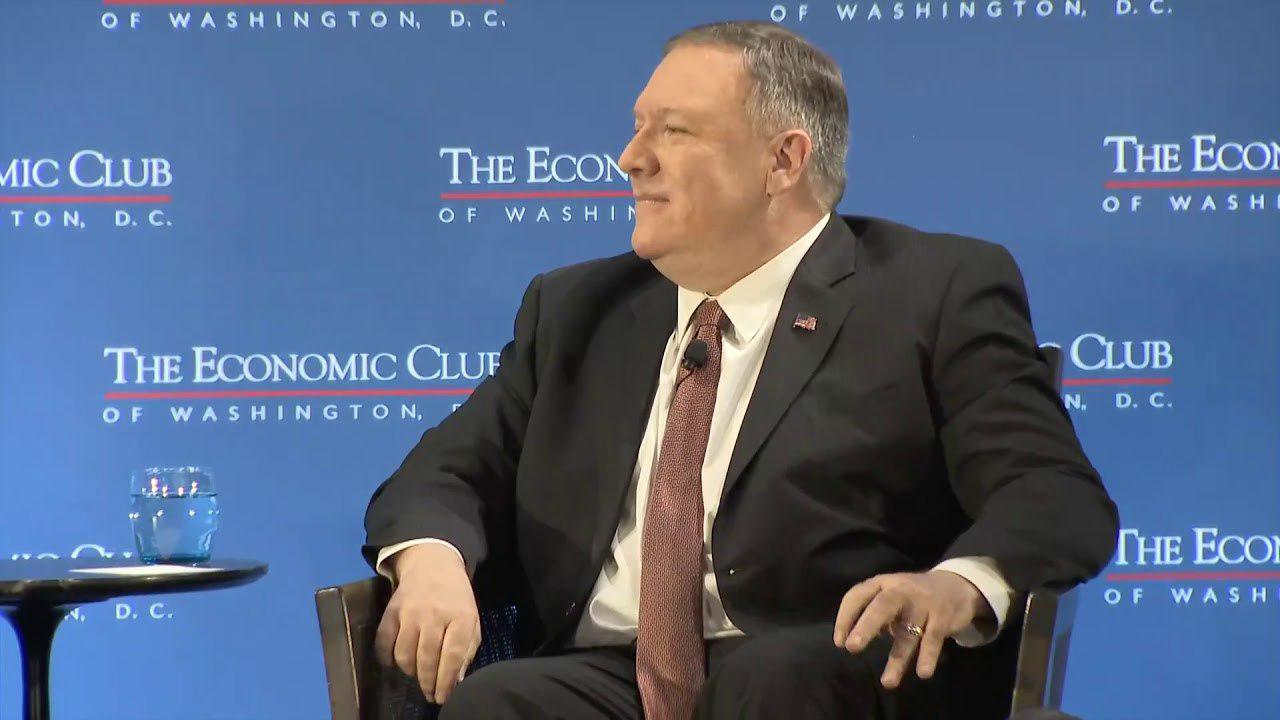 Our Troops in Afghanistan to be Reduced by 2020 Election: Pompeo 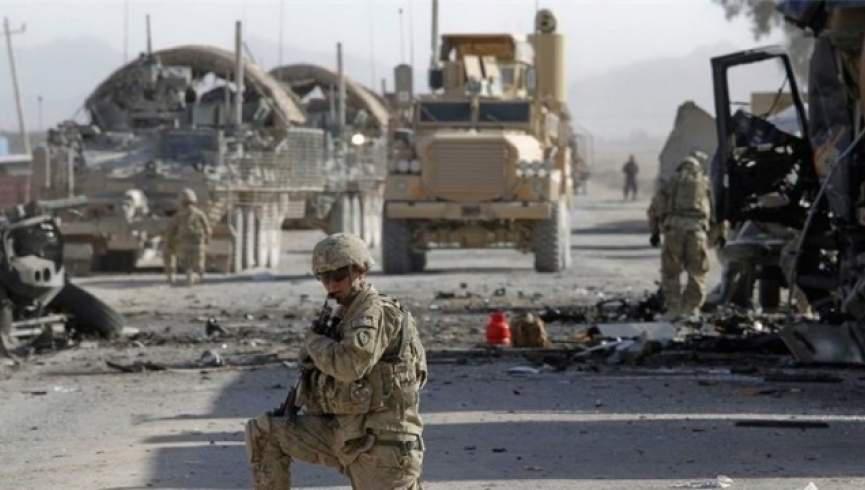