The draft plan has certainly re-energised the talks in Doha, with the Afghan sides meeting almost daily ever since its announcement. However, the proposal also has several shortcomings and could prove detrimental to peace in the long term

Last weekend, the US Special Representative for Afghanistan Reconciliation, Zalmay Khalilzad, shared with Afghan President Ashraf Ghani, Afghan opposition and civil society leaders and Taliban negotiators a new plan for the ongoing peace process.
The proposed road map calls for a United Nations-led international conference with regional participation to be held in Turkey later this month to oversee the establishment of an interim government and the signing of a power-sharing agreement between Afghanistan’s political factions – including those that do not currently have a seat at the negotiating table – and the Taliban.
The proposal is the first action taken by the Biden administration to revive stalled peace talks before May 1, when the last 2,500 US troops are due to leave Afghanistan under a February 2020 deal struck between the Taliban and the former Trump administration.
The intra-Afghan talks currently taking place in Doha between the Afghan government and the Taliban, which began last September with high hopes on the back of the US-Taliban agreement, are increasingly viewed as unable to deliver on this timeline, due to the Taliban’s perceived disengagement from the negotiations and high levels of violence on the ground.
The proposed road map made it clear to all involved parties that the Biden administration is committed to the US-Taliban deal – an important move that will help keep the Taliban at the negotiating table. Moreover, the sharp tone of Secretary of State Antony Blinken’s letter to President Ghani about the road map, which was leaked to the media earlier this week, signalled that the new US administration is blaming the Ghani government, not the Taliban, for the stalling of the peace process.
The draft plan has certainly re-energised the talks in Doha, with the Afghan sides meeting almost daily ever since its announcement. However, the proposal also has several shortcomings and could prove detrimental to peace in the long term.
The fundamental problem with the proposed plan is its assumption that changing the venue of the talks, and inviting more parties to the negotiating table (regardless of their legitimacy), would resolve the obstacles experienced thus far. However, such changes could not only lead to the failure of the proposal, but also erase the gains made in state building, democratic representation, and the rule of law in Afghanistan in the last 20 years.

Why Turkey?
On the face of it, the selection of Turkey as the new home of the Afghan peace process appears to hold promise for mediating a sustainable deal. As a NATO troop-contributing nation, Turkey can monitor ceasefire compliance on the ground. Moreover, it is in a position to work closely both with the US, which is seeking to restore its ties with Ankara damaged under the Trump administration, and Pakistan, which has formed a strategic alliance with Turkey in recent years. It is important that the country hosting the peace process has strong ties to Pakistan, as Islamabad is well placed to exert pressure on the Taliban.
Turkey also has a vested interest in the current political situation in Afghanistan, as it has provided asylum to many Afghan activists and intellectuals threatened by the ongoing wave of assassinations. As a predominantly Muslim country, it could provide reasonable arrangements for the negotiators if the discussions extend into Ramadan. And, like Qatar, Turkey has a longstanding positive record of mediation engagement.
Will moving the process to Turkey achieve anything?
And yet, moving the peace process to Turkey would likely achieve very little, as the change is not backed by a request for formal mediation by the Afghan sides. We have seen throughout the peace talks in Qatar that “Afghan-owned, Afghan-led” negotiations do not bear fruit in the absence of formal mediation. The little progress made on the agenda since the beginning of the talks was achieved only after the two sides accepted Qatar’s offer to facilitate between them.
A formal mediation role is also clearly needed to prevent issues of miscommunication, such as the absence of the Taliban from the table after the break in January, which the group said was due to team members contracting COVID-19 abroad and simply failing to inform anyone about their delayed return.
As there has been no indication that Ankara has been asked to formally mediate between the two sides, it is unrealistic to expect any new talks in Turkey to present quick and positive results.
Furthermore, moving the talks to Turkey is not necessary to secure Ankara’s support for the process. Turkey is one of Qatar’s closest allies and it enthusiastically supported many of Doha’s past mediation efforts. Turkey may even prefer for the talks to remain in Doha, as it would not want to erase the gains already made there, or damage its relations with Qatar.
Members of both Afghan sides have spent several months working to establish informal points of dialogue and developing the foundations of mutual understanding. Resetting the process and starting again in Turkey erases these vital gains in confidence-building, whose importance should not be undervalued in such a complex and polarised conflict.

A regional solution?
Another problematic aspect of the Biden administration’s plan is its emphasis on “regional participation”. While the proposed inclusion of representatives from regional stakeholders – Iran, India, Pakistan, Russia and China – in the peace talks helps Biden demonstrate his commitment to multilateralism, it also signals that the US believes that the solution to Afghanistan’s problems will come from the region – a notion that most Afghans despise.
Moreover, the clumsy way the call for regional participation was put forward raises questions about how well-thought-out the entire road map was. Indeed, the US presented its proposal to each side in a way that created the impression that it had already been discussed with the other involved parties. In the end, however, it became clear that the plans for this “regional” conference were not pre-discussed with any party in a substantive way, including the proposed host, Turkey.

Rearranging the table
Similarly, the US call for adding new parties to the negotiating table requires careful reflection. The inclusion of Afghanistan’s traditional strongmen and heads of its main political factions in the proposed Turkey conference would undoubtedly please the Taliban. The group has long been criticising the absence of powerful political figures in the Afghan government’s negotiating team and demanding to speak to “those with authority”.
However, the beauty of the present arrangement in Doha is that the government’s negotiation team in itself represents a milestone in Afghan politics. It was birthed out of a state structure that took 20 years of investment by the Afghan people and the international community to put in place, at the expense of thousands of lives and trillions of dollars.
Reverting to the grand bargain approaches of elite power used in 1992 and 2001, and bringing most of the same strongmen or perhaps their sons back to the negotiating table, would undermine the tremendous sacrifices that have enabled Afghanistan to take these great steps forward.
Despite all the shortcomings of the state at the moment, most Afghans agree that institutional structures that were built in the last 20 years have reduced the domination of strongmen over the country and brought them under the rule of law. Their re-inclusion in the negotiations about the nation’s future would pave the way for the erasure of many democratic gains, from the empowerment of women and minorities to the widespread commitment to non-violent politicking. How can one expect the Taliban to be convinced of the popular legitimacy of the state if alternative arrangements can be implemented overnight?
This is notwithstanding that an American proposal in itself creates as many problems as it seeks to solve. The continued American mediation between the Afghan sides, in a conflict they are also a party to, underscores for the Taliban in particular the reasons why they launched a war against foreign intervention in the first place.

All is not lost
While the Biden administration’s proposed plan is unlikely to save the US-Taliban deal and pave the way for sustainable peace in Afghanistan in its current form, all is not lost. The stalled peace talks can still be revitalised with a few simple steps and considerations.
It should be recognised that some of the delays and complications experienced during the Doha talks are the result of the COVID-19 pandemic and related travel restrictions. It is difficult for all parties to keep to the agreed timeline while the entire world is at a standstill due to a global public health emergency. The extension of the May 1 deadline for US troop withdrawal on this basis could ensure neither team is blamed for the delays and increase the possibility of an agreement being reached.
An international conference aiming to support, rather than substitute, the ongoing Doha process could also be convened jointly by the UN, Turkey and Qatar to help move the intra-Afghan negotiations forward. Meanwhile, Turkey could be incorporated into the Doha process through the host country support group, which currently includes Germany, Indonesia, Norway and Uzbekistan. Some form of formal mediation or facilitation by the host supported by the group is a must, given the experience of the last six months.
Lastly, the US could be encouraged to remember the losses it experienced in the past when it attempted to complete complex interventions on short timelines. When Washington focuses on deadlines rather than the needs of recipient countries, it risks committing grave and destructive mistakes. If the Biden administration stops focusing on the short-term gains of keeping to the set deadlines and instead prioritises creating the most suitable conditions for sustainable peace, a sustainable intra-Afghan deal can be reached in due time.

The ongoing process in Doha presents the most important opportunity in 20 years to achieve sustainable peace in Afghanistan. The US, and the international community, should support rather than hinder these efforts. 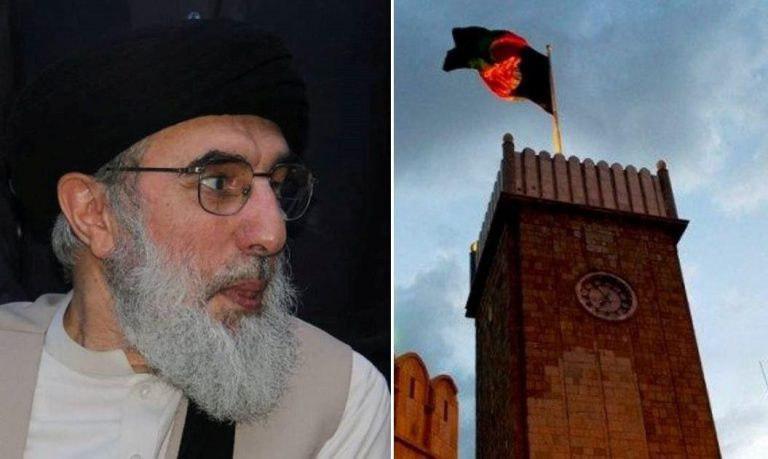 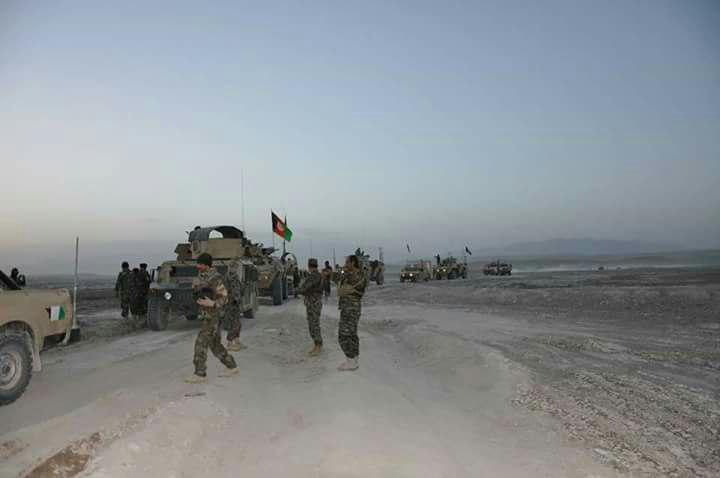 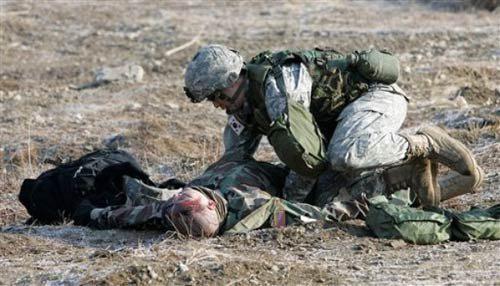