While ultimately Afghanistan may need to develop a viable government structure that shares power with the Taliban, neither side has shown any particular interest in such an arrangement

Americans must face a harsh reality — US troops will need to stay in Afghanistan for a very long time. That’s probably not what President Joe Biden and Secretary of State Antony Blinken want to tell the American people, but a total troop withdrawal would only deal the Taliban another victory.
President Donald Trump, hoping to go down in history as the president who got America out of its longest war, signed an agreement with the Taliban in February of last year to withdraw the remaining 2,500 US troops from Afghanistan by May 1, 2021. That deadline is fast approaching, and neither we nor our NATO allies are remotely prepared for what a hasty departure would mean for US national security or the fragile government still in power in Kabul.
Secretary of State Blinken showed a clear-eyed view of the state of play in a letter and detailed peace plan he sent to Afghan President Ashraf Ghani in early March, proposing an interim power-sharing government between the Taliban and Afghan leaders. (The letter and the proposal were published by Afghanistan’s Tolo News although the Biden administration refused to confirm or deny the correspondence.) This of courses leaves unanswered a central question: how do you share power with an insurgent group that is unelected and which is doing its best to defeat you? The answer is likely to be one that most Americans will not want to hear. That US forces must remain in place, guaranteeing a semblance of order, until or unless Washington can persuade Pakistan it is not longer in its interest to support the Taliban at all cost. Only then may the Taliban recognize this is a war that neither side can win.
Blinken, who wrote that a US departure was still an active consideration, warned that a withdrawal could lead to “rapid territorial gains” by the Taliban. While Blinken wrote, “I am making this clear to you so that you understand the urgency of my tone,” I would call his description of territorial gains somewhat of an understatement.

The Taliban know how to play a very long game. So, equally, we must not give in by sticking to a May 1 deadline for withdrawal when they have not held up their end of the bargain. They have neither shown any concrete indication they’re cutting ties with al-Qaeda nor reduced violence. I have no doubt the Taliban are waiting for foreign troops to leave, confident that they will control Afghanistan within six months or a year after the last American soldiers head home.
If this comes to pass, we will be in an even worse situation than the last time the Taliban was in power before 9/11. The battle-hardened group — which has launched intensifying attacks in Kabul — is much better equipped to cement its hold if it gets another shot at the brass ring.
The dire situation in Afghanistan came into focus this week when the Special Inspector General for Afghan Reconstruction (SIGAR) released its 2021 High-Risk List, which identifies threats to the US’ $143 billion reconstruction effort in Afghanistan.
“The Taliban have not significantly changed their tactics, high levels of violence, or political objectives, and terrorist groups in Afghanistan like Islamic State-Khorasan (IS-K) and al-Qaeda, although reduced, remain in the country,” the report states. It doesn’t help that enemy-initiated attacks have increased since the US-Taliban agreement was signed, according to the report.
The report also went on to warn, “With or without a sustainable peace agreement and nationwide ceasefire, Afghanistan will likely continue to be threatened by multiple violent-extremist organizations. Any political agreement risks subordinate groups going rogue, possibly manifesting as another insurgency or insecurity from criminal gangs or networks. These issues could become even more pronounced if US forces are no longer in country.” Remember that the Afghanistan war began because the Taliban regime had given shelter to al Qaeda and its leader Osama bin Laden, who directed the 9/11 attacks on the US.

Without American forces on the ground, the hard-won progress women have made in Afghan society will quickly unravel. The illicit narcotics trade, one of the Taliban’s leading funding sources, will only expand, and there will be little restraint on the operations of terrorist groups whose target is the United States, along with all western democracies.
The fact is, there is little that could compel the Taliban to meet the conditions for a full US troop withdrawal. The group is stronger now than it has been since 2001, and it recognizes its current position of strength — especially with the support of its neighboring ally Pakistan. If America is to get out — someday — there is one critical step that must be taken, starting now.
The US must become very good friends with Pakistan — even if that means breaking our close ties with India. Pakistan shares a 1,640-mile border with Afghanistan, otherwise known as the Durand Line, which was established by the British in 1893. It is effectively one of the world’s most enduring and contentious red lines. Pakistan, and especially the Inter-Services Intelligence, the military’s intelligence arm, has cast itself as the Taliban’s protectors and underwriters in a bid to limit India’s influence. India, in turn, is wary that Pakistan will use Afghanistan as a base to launch attacks against its territory.
Still, even now, the only road to our exit from Afghanistan runs through Islamabad. A Pakistan that is at least more neutral could be prepared to ease off its role in bankrolling, arming, training and providing sanctuaries in the wild frontier provinces, all of which, as Human Rights Watch observes “contribute to making the Taliban a highly effective military force.”
Trump made no secret of his tilt toward India and its right-wing Prime Minister Narendra Modi, which only unsettled the Pakistani leader Imran Khan, a charismatic, Oxford-educated cricket champion who sought to maintain some relationship with Washington. While there is a new administration in Washington, it does not seem to be changing course when it comes to fostering a closer relationship with Pakistan.

Biden’s Quad call on Friday with the prime ministers of Japan, Australia and India may have helped bolster American security interests in the South and East China Seas, but it did nothing to improve our position in Afghanistan. And when Blinken and Secretary of Defense Lloyd Austin make their first foreign visit this month to Japan and South Korea, Austin will go on to visit India, utterly ignoring Pakistan. A UN-convened meeting of foreign ministers from Russia, China, India, Pakistan, Iran and the United States, tentatively scheduled for March 26, is also unlikely to get Pakistan on board with American priorities in the region.
While ultimately Afghanistan may need to develop a viable government structure that shares power with the Taliban, neither side has shown any particular interest in such an arrangement.
This might hold some hope for a path toward withdrawal, provided the US shows some willingness to return to more even-handed policies when it comes to dealing with India and Pakistan. It is only by focusing on Pakistan’s support for the Taliban that there is any chance the US could force the insurgents to accept a viable compromise.
Trump disliked having to comfort the bereaved families of service members who paid the ultimate sacrifice. But what do America’s leaders say to the thousands of family members who lost their loved ones over 19 years of war — only for the US to return to the status quo before the war? Where would a May 1 troop withdrawal land us, other than back where it all began? 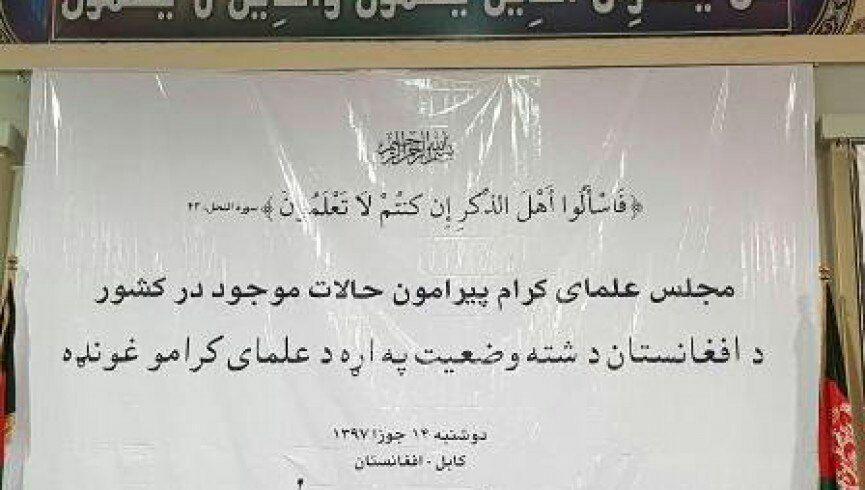 Over 2,000 Religious scholars to Discuss Peace in Kabul 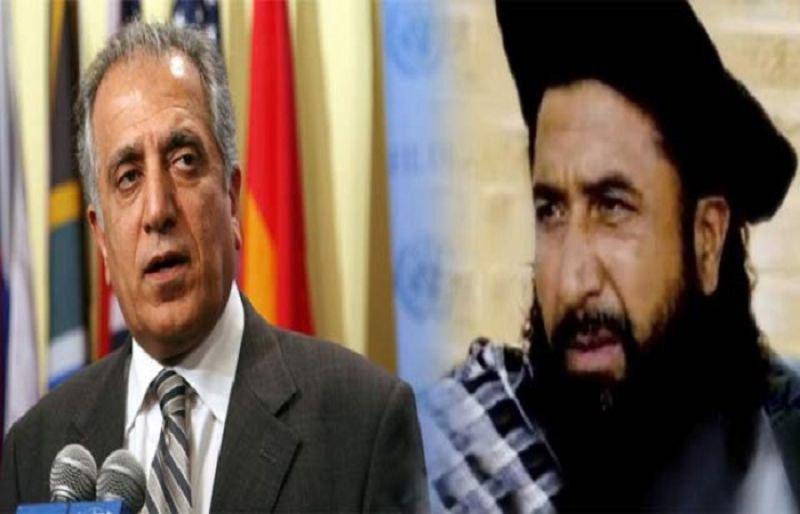 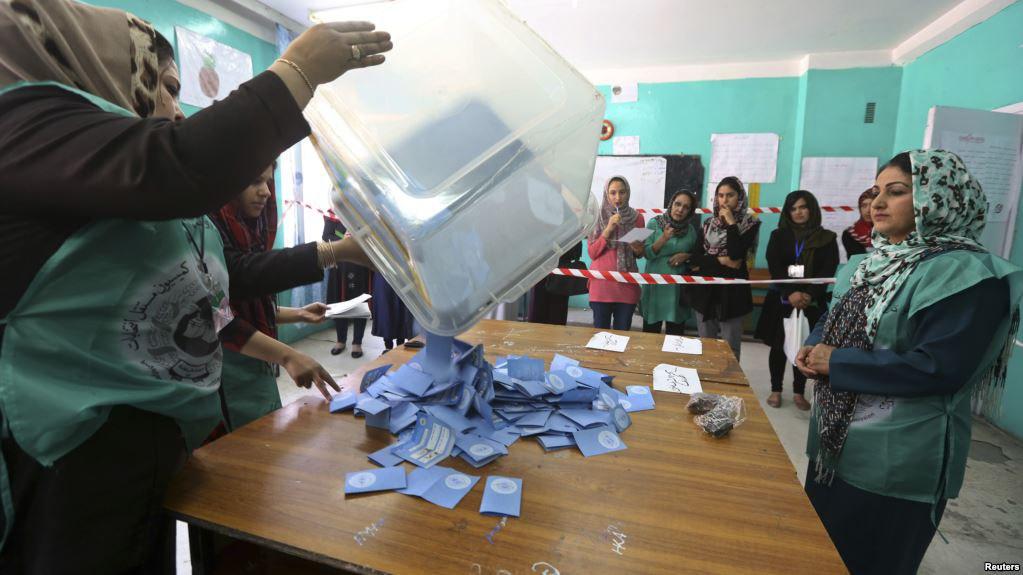