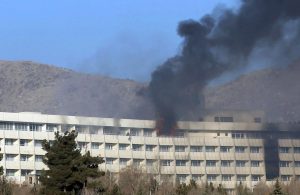 The deadly Intercontinental hotel assault received condemnation from around the world that claimed dozens of lives.
Afghan President Ashraf Ghani on Sunday condemned the attack and called for regional and international cooperation against terrorism.
Chief Executive Abdullah Abdullah also condemned the attack and commended security forces for saving people trapped inside the hotel during the attack.
“I commend the Afghan Forces for their bravery and professional action of rescuing over 100 civilians and killing all terrorists in the insane attack on Intercontinental Hotel in Kabul. I condemn the attack and condole with the victim families,” Abdullah wrote on Twitter.
Balkh governor and the chief executive of Hezb-e Jamiat-e Islami Ata M. Noor reacted against the assault on intercontinental Kabul hotel Sunday, emphasizing once again that changes at the country’s security institutions leadership, is the only way out of the current status.

UN Secretary-General Antonio Guterres and the head of the UN Assistance Mission in Afghanistan (UNAMA) Tadamichi Yamamoto have strongly condemned a terrorist attack on a hotel in the Afghan capital, Kabul, China’s Xinhua news agency reported.
In a statement released on Sunday, Guterres offered his deepest condolences to the families of the victims and wished a speedy recovery to those injured.
In a separate statement, Yamamoto, the UN secretary-general’s special representative for Afghanistan, said that it is a “moral outrage that Taliban entered the hotel with the intention of killing civilians.”

Iranian Foreign Ministry Spokesman Bahram Qassemi has strongly denounced the armed attack and hostage taking in Kabul’s Intercontinental Hotel which left tens of innocent civilians dead and wounded.
In a Sunday statement, Mr. Qassemi expressed regret over the brutal hotel attack and offered sympathy to the Afghan nation and government and the families of the victims. Iran Front Page reported.
“It goes without saying that those who use coercion and violence for their own gain in Kabul must learn from the fate of the Takfiri terrorism in the region over the past recent months,” he said.
India on Sunday strongly condemned the terrorist attack on the Intercontinental Hotel in Kabul.
“We express our sincere condolences to the families of those killed in this heinous attack and wish a speedy recovery to the injured,” the Ministry of External Affairs (MEA), said, in a statement.
India expressed solidarity with Afghanistan in bringing the perpetrators of these terrorist attacks and their supporters to justice. Ani News reported.
Pakistan also condemned the terrorist attack at the Inter-Continental Hotel in Kabul and expressed solidarity with Afghan people.

U.S. Secretary of State Rex Tillerson says the United States strongly condemns the militant siege of a hotel in Afghanistan’s capital.
Mr. Tillerson said that Washington “stands with the government and people of Afghanistan. We remain firmly committed to supporting Afghan efforts to achieve peace, security, and prosperity for their country.” according to Washington Post.
Qatari government also strongly condemned the attack that targeted a hotel in the Afghan capital Kabul.
The Qatari foreign ministry reiterated the country’s firm stance on rejecting violence and terrorism, regardless of motives and reasons.

More than 150 people were rescued or managed to escape the attack at Kabul’s Intercontinental Hotel. Eleven of the 14 foreigners killed were employees of KamAir, a private airline. Two were identified as Venezuelan pilots. Six Ukrainians and a citizen from Kazakhstan were among the dead.
According to the interior ministry, 14 foreigners and 4 Afghans were killed in the event but warned the number could rise.
The attack began late Saturday night around 10:00 pm. five gunmen could manage to enter the hotel under tight security status but how? It is unclear, however, according to Afghan experts, there are influential individuals within the government that helped gunmen to enter the hotel.

The Taliban claimed responsibility for the attack which lasts for 18 hours.

Political Veterans to Gather in Kandahar; Major Changes on the Way

Dr Abdullah to Visit Pakistan after start of Intra-Afghan talks 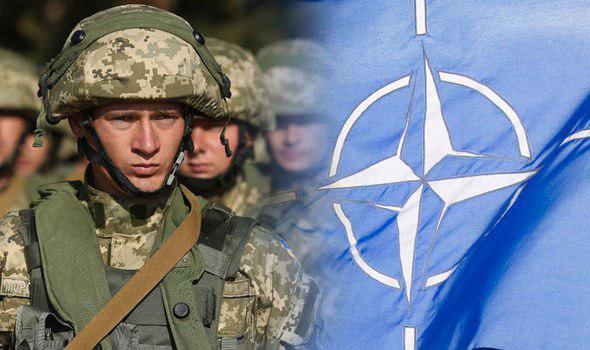